How many times have we bought something cheap that has turned out to be a huge mistake? Like the girl in this picture, for example. Maybe if she’d bought better quality trousers that were sewn properly she would have avoided an embarrassing situation. 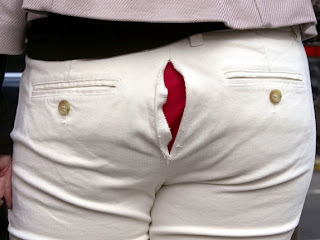 We all understand that cheap products can turn out to be very expensive indeed. However, for some reason, people in search of translation services still think that the cheaper they can get them for, the better. Or free even (Google Translate and similar). They don’t seem to understand that it is a professional service provided by trained and knowledgeable experts and that, if it’s surprisingly cheap, there is a reason for it (as explained in this entry http://www.medialoc.net/why-cheaper-isnt-better/).

But let us illustrate our point.

This is a menu from an actual restaurant in Spain, whose name we won’t publish to save them the embarrassment, taken from a blog called La Cueva del Oso. 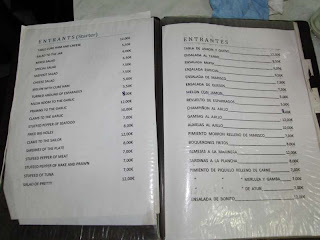 Mmm, “Salad of pretty”, sounds delicious, doesn’t it? At least certainly most filling than the “Fried big holes”.

What does this tell their customers? Something along the lines of “We want your money, but we’re not prepared to spend ours on yours so will do it cheap”. Or “If we care this much about our menu, wait until you see our food”.

Here is another example: 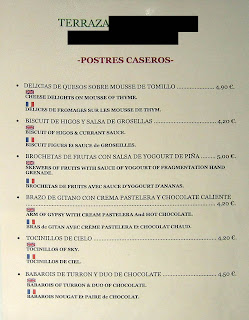 I think I’ll have the “Skewers of fruits with sauce of yogourt of fragmentation hand grenade”; I always like something explosive after dinner…

Of course mistakes like this are not limited to restaurants. They are everywhere, as these signs perfectly illustrate: 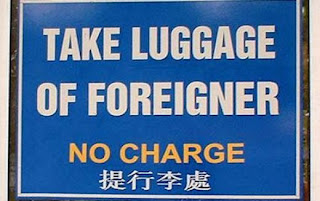 Very reassuring to know thieves don’t have to pay to steal our luggage at the airport, isn’t it? 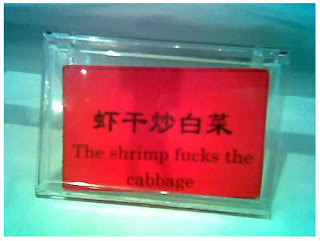 No words for this; are we in the groceries section, or the X-rated movies aisle?

All these mistakes have no doubt been produced by using machine translation, that is, Google Translate or a similar programme. However, using somebody who’s not a professional translator can be just as damaging. Just because you know someone who spent 6 months living in France, doesn’t mean they can speak French properly, and much less translate it. That’s not only insulting to professionals who spend years training and work very hard at keeping up and improving their skills constantly, but it can be hugely detrimental to your business.

And it is not only essential to use a translator with an excellent command of their native language, but also one that perfectly understands the source language, including idioms, slang, cultural references and jokes. I was once correcting a translation and couldn’t help but laugh when I saw the translator had rendered the English expression “horses for courses” as “courses for horses”, interpreted literally instead of using a Spanish expression that worked in the context. The image that came to my mind was very much like this:

So, hopefully, it becomes clear from these images that commissioning a translation is not a matter of looking for the cheapest quote and hoping for the best. It should be taken seriously. Just like you wouldn’t go to a back-street doctor if you had a serious ailment, you shouldn’t risk commissioning your translations to any other than a professional. After all, this is an investment, and the better the quality of the work, the more customers you will attract, which “translates” into more sales and more money for you.